The European shipping industry welcomes the EU’s political commitment to a first pilot of the new Coordinated Maritime Presences (CMP) concept in the Gulf of Guinea off the coast of West Africa, but cautions that the situation remains very precarious for European and international merchant vessels and more needs to be done urgently.

The shipping industry remains extremely concerned about the continued rise of armed attacks on merchant vessels in the Gulf of Guinea. Through the CMP concept launch, the EU is taking a positive first step to pool and coordinate Member States’  resources in the region, working together with the coastal states towards finding solutions to this complex problem.  However, more remains to be done to ensure the safety of vessels and crew transiting in the Gulf of Guinea.

The number of attacks on vessels in the region and the kidnapping of crew for ransom has exploded in recent years with high levels of violence. Lives are being lost and swift action is required from local and international authorities to curb this trend. 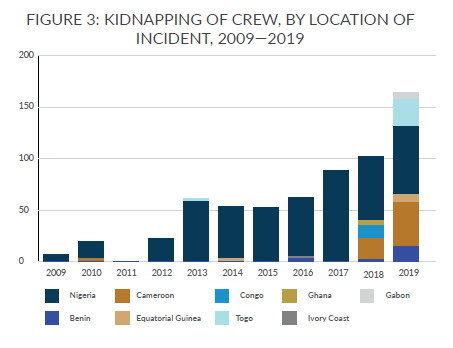 The EU’s efforts – including via several ongoing capacity-building projects - to improve the state of security in the region are very welcome.

“The CMP is a good additional step and foundation for further action. We support the further implementation of this concept with an eye on the practical benefits for European and international shipping in the region. We would in particular like to thank the EU Member States which have committed air and naval assets to the CMP and we call on others to do likewise, in order to help de-escalate the threat level as quickly as possible," said Mr Martin Dorsman ECSA Secretary General.

The EU has shown leadership in being a frontrunner in addressing piracy, such as through the Operation Atalanta in East Africa which has successfully led to the decrease of attacks in recent years. The political commitment of the EU to find a solution also in West Africa under the CMP is significant, building on capacity building projects also underway and supporting the Yaoundé Architecture of regional maritime security coordination. The industry strongly supports future developments under the CMP concept and its future refinement, as it has potential to be part of a larger solution to solving the threat together with efforts of the coastal states and other international partners.

European shipowners will continue to play their role to mitigate the risks of attacks and follow best practices, but enhanced efforts of governments are crucial given the complex root causes of piracy in the region.

“On top of the mental and physical fatigue brought about by the global pandemic and the crew change crisis, our crews are put under extreme psychological stress with the high levels of dangers and risks of death from the rampant piracy in the Gulf of Guinea. It is unacceptable that this has lasted for far too long," continued Mr Dorsman.